The one-of-a-kind French Bulldog, with his large bat ears and even disposition, is one of the world’s most popular small-dog breeds, especially among city dwellers. The Frenchie is playful, alert, adaptable, and completely irresistible.

19th century England is when breeders developed a lap version of the English Bulldog, resulting in what they called a Toy Bulldog. With the Industrial Revolution enticing people to France, they took along their Toy Bulldogs and soon the breed became known as the French Bulldog.

Small, 12” at the shoulders, weighing anywhere from 22-28 pounds. Their body is solid, muscular and sturdy, bat-like erect ears, an under bite, with a short coat comes in colors of white, fawn, brindle, brindle with white, or fawn with white, and sometimes a corkscrew tail.

The French Bulldog has a life expectancy of 10-12 years and are prone to bloat, respiratory issues, joint diseases, spinal disorders, eye problems, and heart defects. This breed is also prone to heat stroke, cannot tolerate hot weather and must live in an air conditioned home.

The French Bulldog is playful, clownish, curious, good-natured, and a natural lap-warmer. They are also impish, intelligent, and independent! They love their family, are excellent with children, and have been known to show possessiveness of family members. Because they are independent thinkers they can sometimes be a challenge to train and do best when motivational positive techniques are used. They do require a confident and consistent person in charge who uses only humane leadership guidance. They are fun to live with and quiet – except for their snoring!

Requires a daily walk with off leash playing to keep them exercised. Loves outdoor exercise, but get your veterinarian’s permission before exercising your French Bulldog in hot weather.

The French Bulldog has the appearance of an active, intelligent, muscular dog of heavy bone, smooth coat, compactly built, and of medium or small structure. Expression alert, curious, and interested. Any alteration other than removal of dewclaws is considered mutilation and is a disqualification. Proportion and Symmetry--All points are well distributed and bear good relation one to the other; no feature being in such prominence from either excess or lack of quality that the animal appears poorly proportioned. Influence of Sex--In comparing specimens of different sex, due allowance is to be made in favor of bitches, which do not bear the characteristics of the breed to the same marked degree as do the dogs.

Head large and square. Eyes dark in color, wide apart, set low down in the skull, as far from the ears as possible, round in form, of moderate size, neither sunken nor bulging. In lighter colored dogs, lighter colored eyes are acceptable. No haw and no white of the eye showing when looking forward. Ears Known as the bat ear, broad at the base, elongated, with round top, set high on the head but not too close together, and carried erect with the orifice to the front. The leather of the ear fine and soft. Other than bat ears is a disqualification. The top of the skull flat between the ears; the forehead is not flat but slightly rounded. The muzzle broad, deep and well laid back; the muscles of the cheeks well developed. The stop well defined, causing a hollow groove between the eyes with heavy wrinkles forming a soft roll over the extremely short nose; nostrils broad with a well defined line between them. Nose black. Nose other than black is a disqualification, except in the case of the lighter colored dogs, where a lighter colored nose is acceptable but not desirable. Flews black, thick and broad, hanging over the lower jaw at the sides, meeting the underlip in front and covering the teeth, which are not seen when the mouth is closed. The underjaw is deep, square, broad, undershot and well turned up.

The neck is thick and well arched with loose skin at the throat. The back is a roach back with a slight fall close behind the shoulders; strong and short, broad at the shoulders and narrowing at the loins. The body is short and well rounded. The chest is broad, deep, and full; well ribbed with the belly tucked up. The tail is either straight or screwed (but not curly), short, hung low, thick root and fine tip; carried low in repose.

Hind legs are strong and muscular, longer than the forelegs, so as to elevate the loins above the shoulders. Hocks well let down. Feet are moderate in size, compact and firmly set. Toes compact, well split up, with high knuckles and short stubby nails; hind feet slightly longer than forefeet.

Coat is moderately fine, brilliant, short and smooth. Skin is soft and loose, especially at the head and shoulders, forming wrinkles.

Correct gait is double tracking with reach and drive; the action is unrestrained, free and vigorous.

The French Bulldog resembles a in miniature, except for the large, erect “bat ears” that are the breed’s trademark feature. The head is large and square, with heavy wrinkles rolled above the extremely short nose. The body beneath the smooth, brilliant coat is compact and muscular. The bright, affectionate Frenchie is a charmer. Dogs of few words, Frenchies don’t bark much—but their alertness makes them excellent watchdogs. They happily adapt to life with singles, couples, or families, and do not require a lot of outdoor exercise. They get on well with other animals and enjoy making new friends of the human variety. It is no wonder that city folk from Paris to Peoria swear by this vastly amusing and companionable breed.

In the mid-1800s, a toy-size Bulldog found favor in some English cities, including Nottingham, then a center for lace making. The toy Bulldog became something of a mascot for Nottingham’s lace makers. This was the height of the Industrial Revolution in England, and such “cottage industries” as lace making were increasingly threatened. Many in the lace trade relocated to northern France, and of course, they brought their toy Bulldogs with them. The little dogs became popular in the French countryside where lace makers settled. Over a span of decades, the toy Bulldogs were crossed with other breeds, perhaps terriers and Pugs, and, along the way, developed their now-famous bat ears. They were given the name Bouledogue Français. Paris eventually discovered the delightful new breed, and thus began the Frenchie’s reputation as city dog par excellence. The breed came to be associated with Paris café life, and with the bon vivants and fancy ladies who sought nocturnal pleasures in Parisian dancehalls. Edgar Degas and Toulouse-Lautrec depicted the Frenchie in paintings of the Paris demimonde. By the end of the 19th century, the Frenchie’s popularity had spread across Europe and to America. The breed was tougher sell in England. The Bulldog was a national symbol, and it rankled many Englishmen that their age-old rivals, the French, would dare adapt it to their purposes. American devotees of the early 1900s contributed to the breed by insisting that the bat ear, as opposed to the “rose ear,” was the correct Frenchie type. It is by this distinctive feature that the Frenchie is instantly recognizable the world over.

The French Bulldog has the appearance of an active, intelligent, muscular dog of heavy bone, smooth coat, compactly built, and of medium or small structure. Expression alert, curious, and interested. Any alteration other than removal of dewclaws is considered mutilation and is a disqualification. Proportion and Symmetry – All points are well distributed and bear good relation one to the other; no feature being in such prominence from either excess or lack of quality that the animal appears poorly proportioned.

A high-quality dog food appropriate to the dog’s age (puppy, adult, or senior) will have all the nutrients the breed needs. Frenchies are prone to obesity, which can damage their physical structure and puts them at higher risk for some of the breed’s health issues, so it is vital to watch their calorie intake and weight. If you choose to give your dog treats, do so in moderation. Give table scraps sparingly, if at all, especially avoiding cooked bones and foods high in fat. Learn about which human foods are safe for dogs and which are not. Check with your vet if you have any concerns about your dog’s weight or diet.

The Frenchie’s short coat sheds minimally. Weekly brushing with a medium-bristle brush, a rubber grooming mitt or tool, or a hound glove will help to remove shed hair and keep him looking his best. Brushing promotes new hair growth and distributes skin oils throughout the coat to help keep it healthy. A Frenchie’s facial folds should be kept clean and dry. The Frenchie’s nailsshould be trimmed regularly, as overly long nails can cause him pain.

A short walk or outdoor play session with their owner each day should provide enough exercise to keep the French Bulldog in shape. Frenchies enjoy participating in canine sports such as obedience, agility, and rally. As a flat-faced breed, however, they are prone to breathing difficulties and should never be allowed to exert themselves in hot or humid weather.

Early socialization and puppy training classes are recommended. Exposing the puppy to a wide variety of people, places, and situations will help him develop into a well-adjusted adult. Puppy training classes serve as part of the socialization process, promote good behavior, and help the owner learn to recognize and correct bad habits. Frenchies have big personalities and can need a fair amount of training to make them civilized companions. They can be stubborn, but at heart they’re people pleasers and therefore easy to train. The proper motivation (such as food) and making a game of the process will ensure their cooperation.

Because of their front-heavy structure, Frenchies cannot swim and should never be left unattended near a tub, pool, or body of water. Like all flat-faced breeds, Frenchies are prone to breathing problems and do poorly in hot or humid weather. Flat-faced breeds are also more sensitive to anesthesia. Frenchies occasionally have eye conditions such as cherry eye, juvenile cataracts, or entropion, and skin allergies and autoimmune skin disorders also are known to occur. A responsible breeder will take advantage of available tests to screen breeding stock for conditions that can affect the breed.

This breed cannot swim and should never be near open water without constant supervision and also wearing a dog life jacket. Loves to hunt mice Were originally bred by English lack makers in the 19th century. 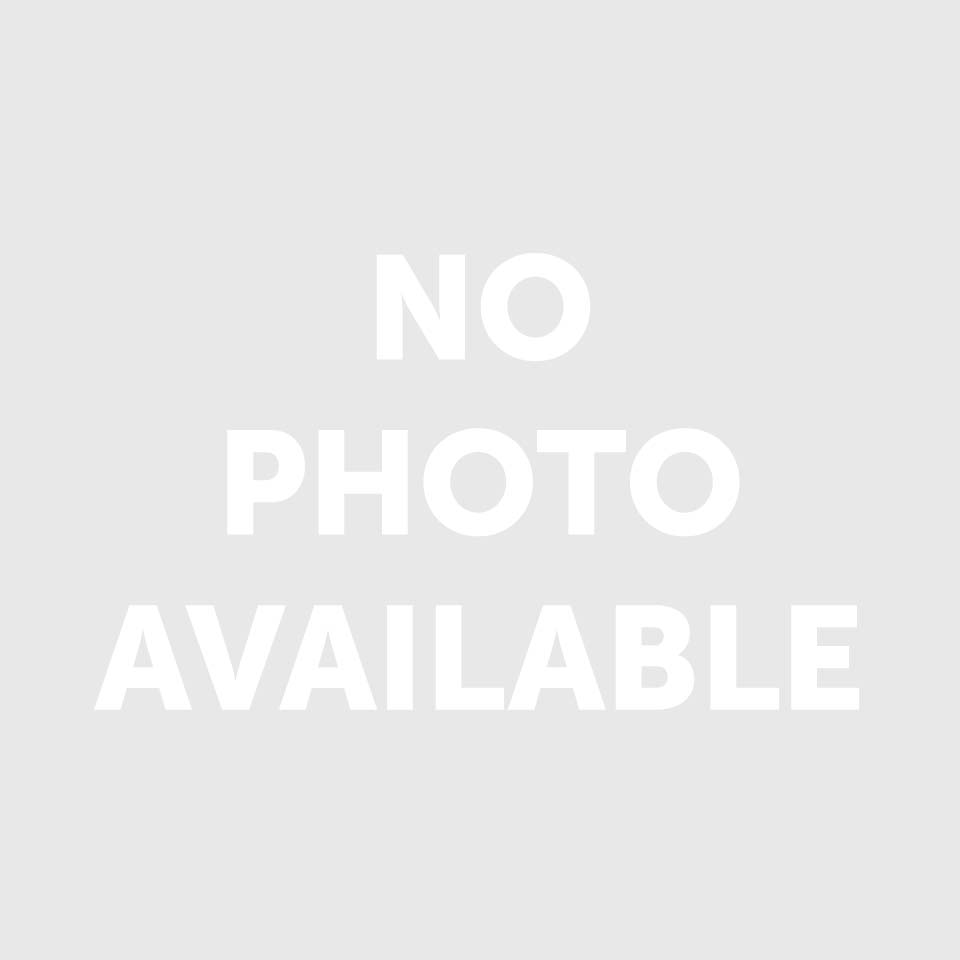 Need Puppy Help, Give us a Call!

The Pet Store is dedicated to matching the perfect pet with the right family; Stop by one of our store today!